A choreographer and dancer based in New York City is known for his ability to blend various styles of movement for a wide array of projects. During his career, Ashley has choreographed and danced in both concert and commercial projects.

Ashley in 2007 he was invited to join the Limon Dance Company. He has performed through out the United States, and internationally in Mexico, China, 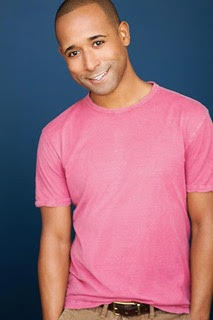 Commercials dance achievements include commercials for Target, Skype, Miller Lite and Dental Works: music videos for Scott Matthews, I Wanna Dance with Somebody, and for Asgeir, King and Cross; and in the film Bolden.

As a Choreographer numerous organizations have commissioned his work including the University of North Carolina School of the Arts, Houston Metropolitan Youth Dance Company, Concepts Dance Company in Bermuda, Defero Dance Company and the University of North Carolina Greensboro. His choreography can been seen in the short film Drilling Holes into the Sun. He was the lead choreographer for the 2012 Miss North Carolina Scholarship pageant broadcast on the Time Warner Cable network. He also worked as Miranda Kerr ’s movement coach for a series of Japanese television commercials. In addition he was assistant choreographer to three time Tony winner Hinton Battle on his show DanZzze Dreams The Road To Broadway.

In 2012 he formed the Ashley Lindsey Dance. The company has performed in various festival through out New York City Including the Capezio Ace Awards, Reverb Dance Festival, and The Pushing Progress Showcase series. Ashley is a sought after teacher known for his dynamic and energetic teaching style.

Teaching credits include: Steps on Broadway, NYCDA summer intensive, Joffery Ballet summer programs, ADF (Samuel H. Scripps Studio), Guest faculty at The University of North Carolina School of the Arts, Elon University, and Duke University. He has taught workshops through out the United States as well as in Tokyo, Mexico, Bermuda, and Italy.