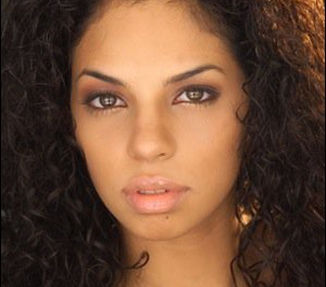 Born and raised in the Bronx, dance was an integral part of Danielle Polanco’s life beginning at the age of four and continuing to this day. Danielle has trained in ballet, modern dance, jazz, salsa, hip-hop, cha-cha, west African, and Samba dance styles. In 2003 she was exposed to the NYC underground dance culture where she met many pioneers who helped her refine her house, hip hop, and pop and locking moves. She also entered the ballroom scene in 2003 where she discovered and fell in love with Vogue. Her passion for Vogue inspired a whole new generation, especially females, to move with more femininity. She now teaches Vogue and has created a technique for women to properly dance in heels called Femmology.

At the age of 17, Danielle booked her first professional job with Beyonce. Danielle is perhaps best known for being the leading lady in Omarion’s video “Touch,” and for portraying the role of Missy Serrano in the hit movie “Step Up 2: The Streets.”

As a choreographer, Polanco has worked for Beyonce, Janet Jackson, Jennifer Lopez, Usher, Chris Brown, Eve, and Estelle. She has also appeared as a dancer in over 20 music videos with top artists such as Lady Gaga, Beyonce, Janet, Usher, Jennifer Lopez, Chris Brown, Neyo, LL Cool J, Nelly, Amerie, and Kat Deluna. She performed as Conseula in the smash hit revival of “West Side Story” on Broadway.

DANZE OFF is excited to have Danielle as a part of our 2017 dance competition and dance convention in Washington D.C.