Janelle Ginestra began dancing in Santa Clara, CA at age 2. As a young child, she enjoyed dancing for local shows and competing in dance competitions, where she received highest honors and praise for her spunk, sassiness, personality, and of course being a powerhouse for her age. At age 7, Janelle and her family moved to Los Angeles where she pursued acting. Upon arrival in Los Angeles, some of Janelle’s early jobs were related to dance.

As an actress, Janelle was a guest-star and co-star on many TV shows and also was a lead actor on two TV pilots. At age 12, Janelle moved to Mode 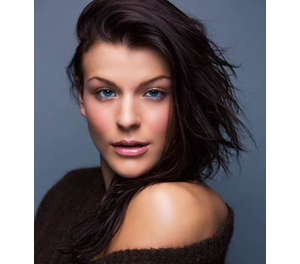 sto, CA where she began to choreograph and dance for a local rap artist named Jiggy. They would rehearse and practice in Janelle’s garage for hours on end. This is where Janelle primarily trained from the ages of 12-18, training herself, and her friends. In addition to local shows and concerts with Jiggy, who opened for performers like Paul Wall and E-40, she also took up competitive cheerleading. Not only competing in cheer, and winning several national championships, she also did a competitive pom team, where she learned clean lines and sharp technique skills.

Janelle joined a company called JAMZ Cheer and Dance, and quickly became a head instructor, teaching kids and teenagers all over the United States, dance routines and cheer routines, in a positive, happy environment. At age 18, Janelle moved to North Hollywood, CA. She has worked as a successful dancer and has been in multiple dance shows from being a contestant on BRAVO reality TV show “ Step It Up and Dance”, to being a reoccurring dancer on FOX’s hit show “Glee”. She is very involved in the dance community, working on different jobs for dance shows, music videos, award shows, including dancing for Beyonce at the Billboard Awards. Janelle has been in several movies, the most recent film being Honey 2 where she plays the role of Juvey Dancer, and her biggest role being the lead chipmunk a.k.a chipette “Britney” in Alvin and the Chipmunks 2. Janelle has worked with many well-known and respected choreographers including, Adam Shankman, Brian Friedman, assisting NappyTabs on So You Think You Can Dance And America’s Beat Dance Crew , and Zachary Woodlee of Glee. Janelle’s most recent television appearances include Glee, Community, America’s Got Talent, Bunheads, and X-Factor not only where she danced for multiple contestants, but also choreographed.

Her first world tour with P!NK that lasted over a year where she not only danced, but was P!NK’s body double and flew her aerial tracks everyday. Just finished a Promo Tour with Jennifer Lopez, and being in the #1 video- record breaking video “Anaconda” with Nicki Minaj. She is living her ultimate dream. Janelle continues to also teach master dance classes world-wide. Sometimes alongside the creator and mastermind of Immabeast, William Adams, where there are referred to as “BeautyNdaBeast”. They have a huge following and only continue to grow and expand. She is trying to touch and inspire anyone and everyone with her passion and love of this art.